Leave it up to impassioned Twitter users to come up with a hashtag and before you know it, literally hundreds of other people jump on the bandwagon to defend the hashtag, speak out against it, provide animated GIFs or videos to prove its worth, or add a string of obscenities criticizing everybody who uses it. Watching this type of Twitter conversation add hundreds of tweets from overly excited users is like watching a live tennis match in extreme fast forward at 100 m.p.h.

Today is the day after Easter; I woke up hearing the rain come crashing above my head merely six feet away through terrifying pangs and droplets. By the time I was having breakfast and on the Internet, I became witness to a trending Twitter hashtag that still had users passionately arguing for or against it at 5:00 a.m.

You have to stop and think for a minute why on earth does it become a priority for people to enter this Internet polemic first thing in the morning? I have no idea, but it sure was interesting to watch from my safe, nonparticipatory sidelines.

I was particularly intrigued with one of today’s trending hashtags: #dojacatisoverparty

Doja Cat is a recording artist I happen to know and like. I had to figure out why people were saying she is “over.” As I started looking at the many tweets from this hashtag, I couldn’t help but thinking I was the modern translator of hieroglyphics, bridging the gap between fuddy duddies (me) and the ultra young people who insist on speaking in slang and text-shortcuts that sound as pleasing as a series of claws scratching the blackboard.

Here are some of the many things I learned today. Using watered-down colloquialisms, I was told in uncertain terms to:

Out of everything from that list, the ones I had heard about previously were cancel culture and stan, both which I have a hard time fully understanding and consequently, can’t use in my own day-to-day language.

To the best of my knowledge, cancel culture is something the collective public decides it will do. If the public feels a particular celebrity is doing something that it disagrees with, that celebrity is deemed to be washed up, unworthy, not able to be redeemed into the good person or celebrity it was before the situation.

The cancel culture is a powerful force as it constitutes the opinion of many people in public, to the point that celebrities end up having to defend their words, decisions, or actions on social media to avoid being labeled within the cancel culture and possibly losing endorsements or other deals. Lots of people have very different definitions of cancel culture, but this one is mine.

Okay, so Twitter with its collective #dojacatisover tirade was going back and forth, people were trying to make a statement that Doja Cat should be canceled because they “felt” she did something wrong, as in cancel culture. Others were too busy defending Doja Cat, and in doing so, instructed others to stan. This is another word that is ultra modern: stan is both a noun and a verb. A stan is a fan (noun), like being a fan of a sports team or t.v. show or band.

According to Merriam-Webster, the word stan originated from the song Stan, by rap artist Eminem. The fictional Stan from the song is a fan, presumably of Eminem’s music. Despite the fact this word was invented twenty years ago, it only became popular and heavily used within the last year.

Today, so many people talk about stan in its verb form, declaring how they are stanning one musical artist or the other. The way I interpret this word, as used by very young people under the age of 25, is that a stan is a super zealous fan.

For example, stans (noun) don’t just like Beyonce, they stan (verb) by adoring her to the extreme, putting her in a throne of royalty and designating her the queen, the royal person to be idolized, the ultimate goddess, etc. In my opinion, when you stan something or someone (verb), you don’t just like it like a simple fan, you are essentially idolizing or worshipping someone as an extreme fan.

Back to Doja Cat, I learned I was told to stan certain people. Twitter users proceeded to use the word stan followed by animated GIFs and short videos of tons of musical artists including a number of young Asian ladies and gentlemen who were singing and dancing. I didn’t recognize any of these people. Several very nice people filled me in and told me the names of various K-pop (Korean pop) bands that I should be stanning. One of these was a new K-pop (Korean pop) 12-person all-female band: IZ*ONE . Hey, you learn something new each day!

And now we move on to barbs and barbz. I kept thinking there was some reference to Barbie and her big dreamhouse in there somewhere, but I couldn’t figure it out. I thought it was an interesting choice of words, because it is said that when you trade barbs with someone, you are exchanging insults for insults, like an eye for an eye.

And that’s really what these people are doing – – they were talking about barbs and barbz by using tweets with tons of profanity, trying to top each other. To me, it looked like one gang against the other. It was West Side Story all over again with one gang declaring they were better than the other.

After dedicated research, I learned that barbs and barbz are the same group of people. These are diehard fans (or stans) of rap singer Nikki Minaj. Apparently this #dojacatisoverparty was started by disgruntled fans of Nikki Minaj (the barbs or barbz) who were mad at something Doja Cat said or did. (I still don’t know what it was!)

Because they were mad, they decided to collectively declare a cancel culture, meaning, in their eyes, Doja Cat was washed up, should go home, and should stop recording music or show her face in the music business ever again because they interpreted a “diss” against Nikki Minaj.

See how damaging the cancel culture can be? If a collective group of people gets together and decides a celebrity did something they perceive is wrong, they demand to cancel that celebrity, irrespective of whether that perceived thing was actually wrong or not. Those who call for a cancel culture have the power to put a celebrity down and may actually impact the sales of that celebrity’s items or otherwise ruin their reputation or financial deals.

(Earlier this year, people called for the cancel culture of another recording artist, Dua Lipa, because she chose to give money to a stripper at a strip club. People assumed Dua Lipa was “selling out” on her belief systems and for that reason, perceived it as bad without so much as taking the time to talk to Dua herself. People were too busy condemning her actions to get to the truth. That cancel culture made top news headlines for a while.)

Now let’s get to the heart of Doja Cat. If you already know who she is, you’ve probably understood this blog post up until now. If you have no clue what I’m talking about, here is a brief introduction.

Up until today, I knew about Doja Cat as a female singer who sang a popular song called “Say So.” My 13 year-old danced to her song in a series of arm movements that went to the beat of the very catchy introduction, which begins almost immediately as the song’s first chords begin:

“Didn’t even notice, no punches left to roll with
You got to keep me focused; you want it? Say so”

Lyrics from Doja Cat’s “Say So”

Both of my daughters like a lot of weird modern things I don’t necessarily understand, so I wasn’t really fazed that my teen liked this song and liked the dance. A dance aficionado, my daughter was engrossed in learning as many TikTok dances as possible. Impressively, she learned a whole bunch of them and was always flashing her moves at every moment of every day. “Say So” was a TikTok dance that was popular in my house. For that reason, it became a sentimental favorite for me, until the ubiquitous “Renegade” TikTok dance took over.

Since my daughter loved this song and I learned the artist’s name was Doja Cat, naturally, Doja Cat became a favorite of mine. No questions asked. Since this Twitter hashtag came out today, I started learning more about this artist. She is a 24-year-old biracial African American Jewish singer whose real name is Amalatrana Zandile Dlamini. She often goes by Amala and even used that title for her record in 2018.

Doja Cat uses a lot of suggestive movements and sexuality to promote her music. I’m so used to that, though, as Doja Cat is only one of many popular singers who also use sexuality to the extremes: Ariana Grande, Rihanna, Beyonce, Madonna, etc.

Since so many other female singers flash their body parts and move suggestively to the beats of their own music, it’s hard to judge Doja Cat for doing the same. She is not the inventor of sexualized musical marketing; she is a participant, like so many, many others. Therefore, putting aside the twerking, the Shakira-inspire rolls and movements, and the cleavage-baring, our eyes can focus on other things, like fashion, like color, like extraordinary cinematography and settings.

Really, if we make a conscious choice to see beyond the obvious and lay down the retinas of judgment for a second, we will learn that there is beauty in everything and everyone that is out there.

Doja Cat uses wigs and hair extensions. She wears very interesting clothes with fabrics that shine, sparkle, and flow. If you watch the music video for “Say So,” you’ll see she is in the center with long, beautiful, coils of hair. She is like the biracial queen belonging to Victoria’s Secret angels, dressed as a majestic pink bird with volumes of gorgeous soft feathers. Her back-up dancers have pink glittery outfits with one full pant leg and the other one missing. It’s a fashion puzzle waiting to be solved by the observant.

If you take music at face value and focus exclusively on the obscenities, the sexual suggestiveness, and the visuals of exposed body parts doing things they probably shouldn’t, you will miss out on 75% of what is going on with music. I like to take a more transcendent approach and see the value of music beyond the obvious.

For that reason, I still appreciate Doja Cat despite peoples’ perceptions that she did something wrong and for that thing, must be immediately removed from our music. I will not subscribe to this attempted cancel culture and encourage all of you reading this blog to keep an open mind about pop culture, music, and yes, even politics. There is more than meets the eye in all circumstances.

The heathen will call for immediate cancellation without knowing the full story; the educated will ask questions, explore, have a two-sided conversation of give and take, give people the benefit of the doubt, and make an effort to try to understand the value of a thing or person. You don’t have to like everything out there, but you should also not try to form a collective to influence people to not like something just because you don’t like it. Cancel culture helps no one. 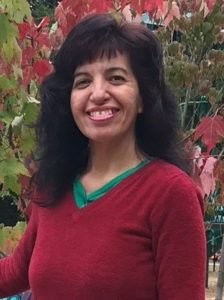 Thanks so much for stopping by! This is a website dedicated to my published writing. I’ll also be blogging about interesting experiences in my writing career.